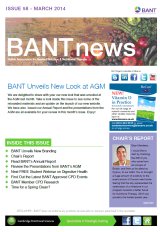 We are delighted to share with your our new look that was unveiled at the AGM last month. Take a look inside this issue to see some of the rebranded materials and an update on the launch of our new website. We have also issued our Annual Report and the presentations from the AGM are all available for your review in this month’s issue. Enjoy!

This is the thirteenth edition of our new look BANT News we hope you enjoy it.

This research is intended to support the development of the profession and to support practitioners. It is hoped that BANT can use the published research to help inform some of its guidelines.

Full members can now register to take part in a fantastic opportunity to enhance your clinic skills and reflect on your practice with the support of a fully trained nutritional therapist supervisor.

Veggie shy Brits are still not meeting the 5-a-day message more than 10 years since the campaign was launched, a survey of more than 2,000 people has revealed. Only 10% of those surveyed were tucking into five portions of vegetables or more on an average day and a shocking 6% were eating no vegetables at all, the British Association for Applied Nutrition and Nutritional Therapy (BANT) has discovered. 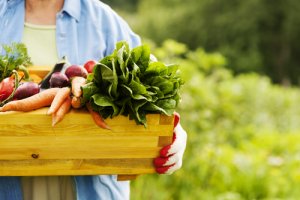 BANT says that the results of the survey are extremely concerning as a healthy intake of vegetables should be closer to 7-a-day with just a couple of portions of fruit.

BANT Chair Miguel Toribio-Mateas said: “The message to eat more vegetables is a serious one. Research has shown a correlation between mortality rates and lower consumption of these types of foods.

“The consumption of vegetables is particularly important – they help our bodies to gain the nutrients we need to function. The idea that fruit and vegetables are interchangeable is no longer supported by current evidence, with vegetables being much more nutrient-dense than fruit, gram per gram. Long term deficiencies in these nutrients can lead to all sorts of health problems. Fruit contains valuable nutrients, but it can be high in sugar, so we have to be careful how much fruit we eat, alas eight pieces of fruit and one vegetable portion a day would not be an ideal fruit/vegetable spread.

“Some people just need a bit of inspiration to help change their diets for the better, others need help navigating their way around medications and serious health conditions, but some simple changes could have a very positive impact on so many lives. Changing the way you eat in the long term can prevent debilitating health conditions in the future and save lives, and there is help out there,” he added.

The YouGov survey suggests that the East of England is the ‘healthiest’ region in the country for getting their 5-a-day, though even here only 13% hitting those levels. Respondents in the North East and South West had the poorest intake of vegetables, with just 6% consuming their 5-a-day or more.

Alarmingly, on average 6% of respondents nationally said that they consumed no vegetables at all. The comparison across the regions was even more disturbing, with 11% of those in the North East consuming no vegetables compared to 3% in London.

BANT, which is the professional body for nutritional therapists and those working in nutritional science, commissioned the survey as part of its Diet for Life campaign – encouraging people to make changes to eat healthily for life and not just after Christmas.

Mr Toribio-Mateas added: “Healthy eating isn’t something we should be doing for a couple of weeks in January out of guilt to try to purge ourselves of the festive excess. We are encouraging people to try nutritional therapy to get themselves on the right track for 2014. Everyone is different and everyone has different health issues or needs. Nutritional therapy offers a personalised approach to health and nutrition – as well as some great advice on how to get those veggies into your diet every day, for life.”

How to get more veggies in your diet:

Tips from the CPD Committee on logging your CPD.

Join Ray Griffiths as he Explores the Dynamic Mulitfunctional Nature of Mitochondria http://tinyurl.com/ppgs5ru 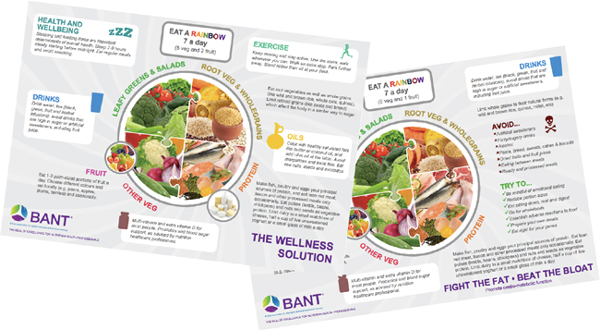