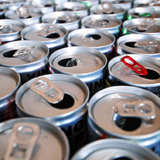 In this issue we look at suggested affects of energy drinks on teenagers, a study on the power of broccoli and an experience of BANT local network meeting.

Could energy drinks be impacting teenagers?

A new report published in Pediatric Emergency Care, reported the results of a survey on adolescents from two emergency departments carried out between June 2011 and June 2013. Of the 612 young people who responded, 33% said they frequently drank energy drinks. Among those teens, 76% said they experienced a headache in the last six months, 47% said they experienced anger and 22% reported difficulty breathing. Whilst it’s impossible to prove causality, it’s interesting to note that adolescents who consumed them were much more likely to report the symptoms than those who didn’t.  Read more here

I looked up my BANT local network meeting group after the student webinar on the subject back in October, which you can see here.  I went along to my first local network meeting last week, it was great to meet other BANT members in my area, hear what people were doing and be involved in planning future meetings.  It was great to connect with local nutritional therapist and gave me some ideas for the future, well worth it!

Have you seen the November BANT newsletter yet?  Read it here

If you’ve got any comments or there’s something you’d like to see, contact us: [email protected]  mens nike air max 90


We use cookies to ensure that we give you the best experience on our website. If you continue to use this site we will assume that you are happy with it.OkPrivacy policy