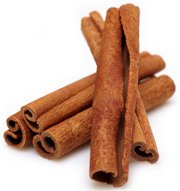 This week a useful study on the learning boosting properties of cinnamon, a free CAM Conference Webinar on Detoxification and a simple cooling ice cream recipe with just 5 ingredients.

A study published in the journal Neuroimmune Pharmacology found that mice improved in learning ability after consuming cinnamon.

Researchers found that the hippocampus of poor learners has less CREB (a protein involved in memory and learning) and more alpha5 subunit of GABAA receptor or GABRA5 (a protein that generates tonic inhibitory conductance in the brain) than good learners.

The mice were fed ground cinnamon, which their bodies metabolised into sodium benzoate, a chemical used as a drug treatment for brain damage. When the sodium benzoate entered the mices’ brains, it increased CREB, decreased GABRA5, and stimulated the plasticity (ability to change) of hippocampal neurons.  These changes led to improved memory and learning amongst the mice.

This hour-long webinar is completely free to attend, interactive, and CPD accredited by BANT (or pending).

In this webinar Natalie Lamb will discuss the research behind certain environmental toxins and how our gut flora either protects us, is harmed by them or is even part of the problem.  Register here.

A 5 ingredient no churn vegan chocolate ice cream that has all the creaminess, flavour and richness of the real thing! Naturally sweetened, vegan and gluten free.